IS A FORECLOSURE AN EXCUSE FOR TENANT TO STOP PAYING RENT? 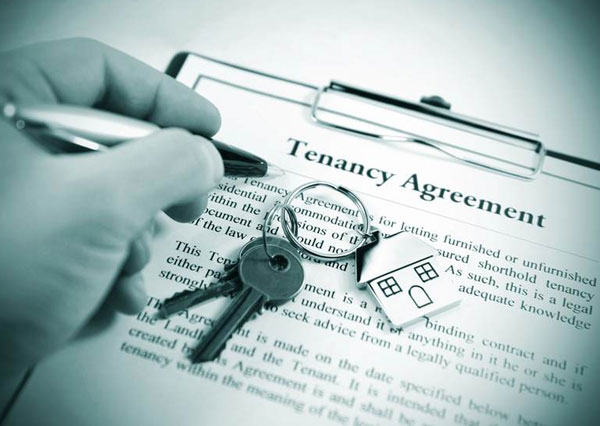 Can a foreclosure of a rental unit be an excuse for the tenant to stop paying the rent to the owner being foreclosed? This question and several other related questions was answered by an influential appellate court in Florida this week and it gives much needed guidance to Realtors, landlords and tenants who are faced with banks foreclosing on rented property.

The appellate court gave a very clear story line to the situation so with some small edits, I have reproduced most of the decision (without the citations) below:

Landlord Tatiana Serova entered into a one year residential lease of a condominium unit with tenant Vladimir Plakhov. The unit was the onlyreal estate which the Landlord owned in Florida. The lease called for $2200 per month rent. At the inception of the lease in November 2008, the Tenant paid $6600—$4400 for the first and last month’s rent and $2200 as a security deposit. The lease did not limit the type of damages to which the security deposit could be applied. The Landlord deposited the security deposit in an account with her real estate management company.

The Service on the Tenant of the Foreclosure Suit –

The Tenant paid $2200 rent for December and $900 rent for January. The Tenant stopped paying rent because he became worried after he was served as a defendant in a foreclosure lawsuit brought by the Landlord’s lender; also, the Tenant received notice from the condominium association that the Landlord had not paid certain association fees.

The Landlord Trying to Modify the Mortgage –

At the time, the Landlord was involved in discussions with her lender about modifying her mortgage and she entered into several payment plans with the lender in 2009; the foreclosure case was dismissed in 2011. Although the Landlord had missed a payment to the condominium association, she brought her payments current in February 2009. The Tenant moved out of the unit in April 2009. The Landlord immediately listed the unit for rent with a real estate agency, but was unable to obtain a tenant until November 2009, due to market conditions.

There were three issues for trial:

(1) whether the lender’s filing of a foreclosure action “entitled the [Tenant] to breach the Lease agreement, to discontinue tendering rental payments to the [Landlord]”;

(2) whether the Landlord’s delinquency in satisfying condominium common area expenses “entitled the [Tenant] to breach the lease agreement”; and

(3) whether the Landlord properly mitigated her damages after retaking possession of the unit. The trial judge entered a final judgment for the Landlord for $16,700, computed as follows: $26,400 rent owed – $7500 rental payments – $2200 security deposit.

The tenant lost at trial on these issues and appealed.

The Appeal – No Problem with the Lease

On appeal, the Tenant raises a number of issues, none of which have merit. The Tenant first argues that he was entitled to a “directed verdict” because the Landlord did not offer a copy of the written lease into evidence. However, in his answer, he admitted the validity of the written lease attached to the complaint and he failed to identify any problem with the lease.

The Tenant next contends that the lease was “void or voidable at its inception” because the Landlord violated a rider to the mortgage which provided that the property subject to the mortgage was to be used as the “borrower’s second home.” However, the mortgage did not vest any rights in the Tenant because the Tenant was not an intended third party beneficiary of it. “A party is an intended beneficiary only if [both] parties to the contract clearly express . . . an intent to primarily and directly benefit the third party… .” The Tenant was not entitled to use the rider to attack the validity of his lease with the Landlord.

The Appeal – Was the Security Deposit Held Incorrectly

Next, the Tenant asserts that the Landlord failed to comply with section 83.49(2), Florida Statutes (2008), by failing to provide written notice to the Tenant “of the manner in which the landlord is holding the advance rent or security deposit.” However, that subsection “does not apply to any landlord who rents fewer than five individual dwelling units.” § 83.49(2)(c), Fla. Stat. (2008). The Landlord owned but one rental unit in Florida, so she was excused from the subsection’s notice requirements. In any event, the statute provides that [f]ailure to provide this [section 83.49(2)] notice shall not be a defense to the payment of rent when due.”

The Tenant further argues that he is entitled to the return of his security deposit because the Landlord failed to comply with the notice requirement of section 83.49(3)(a), Florida Statutes (2009). The Landlord’s obligation to provide this notice was excused by the Tenant’s failure to give the seven-day notice implicated when a “tenant . . . vacates or abandons the premises prior to the expiration of the term specified in the written lease.” § 83.49(5), Fla. Stat. (2009). The failure of the tenant to give this notice “shall relieve the landlord of the notice requirement of [section 83.49(3)(a)].” In this situation, the Landlord and the Tenant are free to litigate over their entitlement to the security deposit without leaping any procedural hurdles. The Landlord established damages (unpaid rent) far in excess of the security deposit. The lease did not limit how the security deposit could be applied, so the trial judge properly applied it to reduce the amount of damages owed by the Tenant. The Tenant thus had an opportunity to establish his “right” to the security deposit within the meaning of section 83.49(5), but was unable to do so.

Next, the Tenant contends that he was constructively evicted by the Landlord’s dealings with her mortgagee. A ‘constructive eviction’ is an act which, although not amounting to an actual eviction, is done with the express or implied intention, and has the effect, of essentially interfering with the tenant’s beneficial enjoyment of the leased premises. It may constitute a constructive eviction if the landlord does any wrongful act or is guilty of any default or neglect whereby the leased premises are rendered unsafe, unfit, or unsuitable for occupancy in whole, or in substantial part, for the purposes for which they were leased. Whether a constructive eviction has occurred is a“question of fact determinable by the trier of fact in light of the appropriate principles of law.” Whatever inconvenience the Tenant experienced by being served in the foreclosure action did not rise to the level of constructive eviction because the unit was not “rendered unsafe, unfit, or unsuitable for occupancy in whole, or in substantial part.” Moreover, the Tenant never gave the Landlord the notice to cure required by section 83.56(1) which is a precondition to the tenant’s ability to terminate the rental agreement for the failure of the landlord to comply “with s. 83.51(1) or material provisions of the rental agreement.”

The entire case is found at Plakhov vs. Serova. 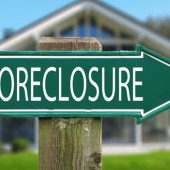 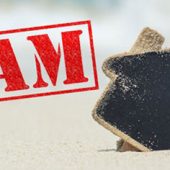